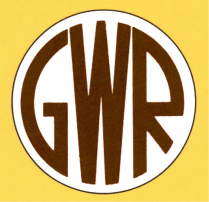 The Witney and East Gloucestershire railway was built and opened in 2 stages, by 2 companies, the Yarnton junction to Witney section of 8 miles 220 yards in length, construction of which started on 19th May 1860, and opened 13th November 1861.
On the 14th January 1873, a 14 mile 220 yard extension from a junction just short of Witney's station to Fairford in Gloucestershire was opened, this gave the line a total length of 21¾ miles, the extension was part of a proposed line from Yarnton thorough to Cheltenham & Swindon, but the route beyond Fairford was never finished.
To facilitate the extension with the East Gloucestershire Railway Co., Witney's old passenger station was turned in to Witney's goods station and a new joint passenger station was built.

The line when fully opened had 8 stations:

During the railways life 3 more stations where added:

On the 1st July 1890 the Great Western Railway Company bought out the shareholders of the two railway companies.

The GWR made improvements to the line, which included the line being one of the first lines in the country to test the Great Westerns, Automatic Train Control System in 1906

The railway passed on to British Railway Board hands along with the rest of the British railway network on 1st January 1948 .
The railway was closed in two sections the first the East Gloucester section on the 18th June 1962 , and the track removed by railway.
And the Witney section was closed on the 2nd November 1970 .